RCR Flooring Applications company Rinol Pisocreto has been mentioned in a leading Colombian logistics publication for its work on two projects for major clients, with the support of Monofloor.

Coca-Cola FEMSA is Mexico’s biggest Coca-Cola franchise bottler.  It manufactures and distributes a variety of beverages including Coca-Cola, Fanta, Sprite, Del Valle and other Coca-Cola products in Mexico.  The company has seven bottling plants and 25 distribution centres, and employs more than 9,000 people in Colombia.

The new plant, at Tocancipá near Bogota, saw a total investment of over $200m. It includes an impressive 45,000m2 of internal industrial flooring, created by Rinol Pisocreto, using the large bay method.  Rinol Pisocreto worked closely with Monofloor Andinas, part of the RCR Flooring Services division, which undertook project supervision and control.

The second project, the Mercurio Distribution Centre, was built for developer Terranum.  With 140 loading bays, the centre has a defined movement area of 25,915m2, and a free movement area of 35,585m2.

Once again Rinol Pisocreto worked in partnership with Monofloor Andinas, which was involved with the design and supervision for this particularly demanding floor.
The building needed to offer versatility, to ensure the maximum return on investment for the developers.  Hence the floor needed to be without weight restriction, to allow high racking to be used.

As a result, the floor specification incorporated Bekaert 3D Dramix® 80 / 60BG steel fibres, to build in strength and durability.  In total 1700 million steel fibres were used, which end to end would create a cable 102,000km long, stretching two and half times around the equator!
It was also decided that the floor would be jointless; and Permaban Eclipse was chosen to accommodate the larger joint widths.  To aid durability and ease of cleaning Rocland Qualitop Millenium surface hardener was used.

Both these case study articles appeared in special editions of Zona Logistica, a leading supply chain magazine throughout Colombia and the Andean region; and PDF files of the articles (in Spanish) can be downloaded below.

RCR Industrial Flooring announces the establishment of a new company RCR Flooring Applications Kenya based in Nairobi. The company will be headed by Adrianus Huyskens, Head... read more 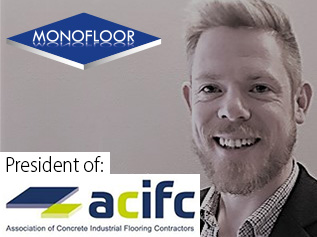 As part of our commitment to continuous improvement and leading the process of unifying technology and knowledge standards, RCRIF is highly involved with ACIFC, the largest... read more

A symbolic milestone has been reached with the creation of a representation of the RCR group in the United States through its Services division. RCR Flooring Services LLC... read more